Mobile games are a great way of keeping yourself occupied when bored. Cartoon games are normally great when you have time on your hand and want some mind-less entertainment. The good thing about such games is that there are no real stakes and the storyline is also simple and easy to follow. Complex games normally require far more attention but with cartoon games, you can relax and play while knowing that there isn't a lot at stake while playing every round. Cartoon Wars 2 is one such game that offers a similar experience and tries to provide entertainment throughout. 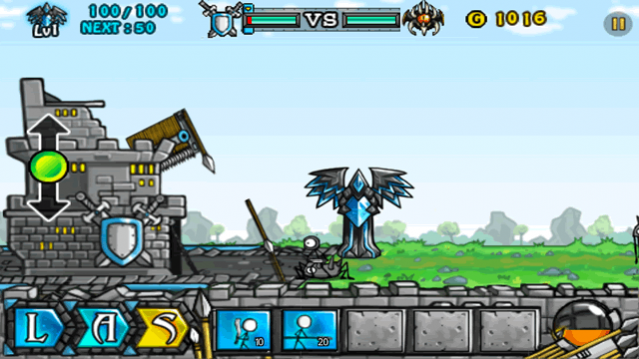 The game has a very simple layout to begin with. You can start an entirely new round or resume a game that you were playing earlier. You can also play a few special rounds that are offered but you would need to have won a lot of the regular games to be able to unlock the special rounds. You can also take a look at the background music and game difficulty. You can also register online in order to be able to compare your scores with the rest of the cartoon game's community. The Help section introduces you to all the main aspects of the game and the controls through which you can play the game.
The Cartoon game essentially has a Cartoon kingdom and there are multiple battles that need to be fought within this kingdom. As you pass each level, you move on to the next level and your progress is saved within the game. There are two types of battles normally fought. The first one includes an enemy with a castle and you need to use a strategy of defense and attack that allows you to keep your castle unharmed while destroying the enemy. The second one includes a lone attacker looking to lay waste to the enemy's forces using a bow and arrow. The objectives in each of the mode are provided at the start and once you complete those objectives, you move on to the next round. 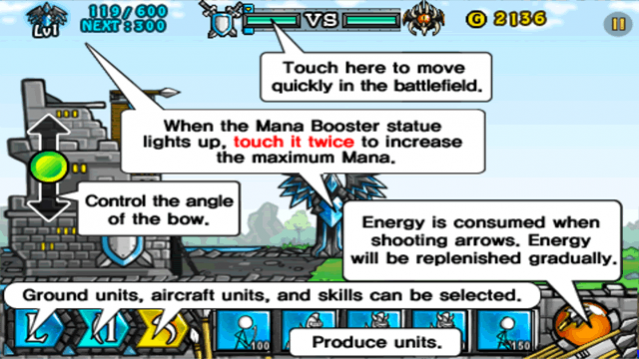 The cartoon game's graphics are cartoonish and it brings an element of entertainment that is difficult to describe. The cartoon characters have been created nicely while the overall graphics serve the purpose of the game well-enough. The controls provided are well-explained and ensure that you can control the outcome with ease. It would take a bit of adjustment to get used to the on-screen controls but once your hands would know where the controls are on the screen, you would find it easier to play the game.
The cartoon game's background music is slightly intense and provides a good backdrop for the game itself. You would be able to concentrate on the game and take it a bit more seriously due to the solid background music.

Cartoon Wars 2 is a solid and entertaining cartoon game that can keep you occupied for hours. If you are looking for a fun game that will help you when you are bored, Cartoon Wars 2 won't disappoint!


Tell us your experience with Cartoon Wars 2 1.1.2

RELATED PROGRAMS
Our Recommendations
Cartoon Wars    FREE     Reviewed
Cartoon Wars is an arcade war game which combines the formulas of defense and real-time strategy games. ───────────────────── SCENARIO Two tribes existed in the Cartoon World; the vicious Color Tribe and their slaves, the...
Continue to app

Rating:
Cartoon Wars 2: Heroes Lite    FREE
The most complete defense and real-time strategy game of the Cartoon Wars series! ───────────────────── SCENARIO After generations of war between the Color tribe and Black and White Cartoon tribe, King K and his...
Continue to app

Rating:
Cartoon Wars 2: Heroes    TRIAL
The most complete defense and real-time strategy game of the Cartoon Wars series! ───────────────────── SCENARIO After generations of war between the Color tribe and Black and White Cartoon tribe, King K and his...
Continue to app